Right on the back of one show report comes another. On the 1st October we were at our 11th event of the year – Abingdon IPMS’ show at Larkmead School. This is an event that is more local to the club and consequently is a bit of an easier journey! Martin, Sam, James and Craig were present on the stand which was fully dedicated to our now regular Star Trek display. 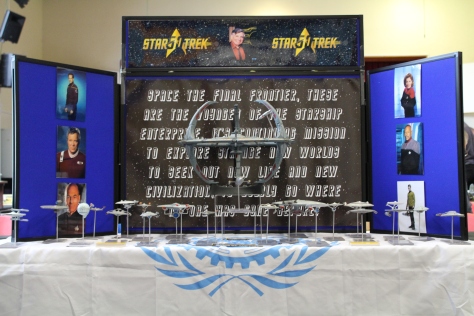 The Abingdon show is a friendly affair with a small but dedicated selection of clubs and traders, and we’re always happy to support the event. Thanks to Abingdon IPMS for having us! The show competition is always something we like to get involved with, and this year we came away with a gold, silver and bronze award. James scooped the gold in the civilian vehicles category with his Lotus-Honda 99T (keep an eye out for some photos of that!) while Martin and Sam collected silver and bronze respectively in the sci-fi category, only loosing out to a very nicely detailed Millennium Falcon. Here are the three happy chaps after the prize presentation:

As well as a few pictures of the display, below you can check out some closer shots of some of the ships we had on display. All of the small ships have been built by Sam, and they make up quite a sizeable fleet now! All of these smaller craft are the same scale, giving an idea of the relative sizes of the different ships in the Star Trek universe.

We had a great time at the show and we managed to pick up a few new additions to our stashes as well – more sci-fi goodness for Sam and Martin, while James picked up the newly re-released Italeri Manx Norton. Some work in progress shots of these new purchases might make their way onto these pages, you never know…!

Getting bored of our Star Trek display yet? Well, there’s just one event left on our calendar for 2016 – the big one! See you all at Telford for Scale ModelWorld in November! 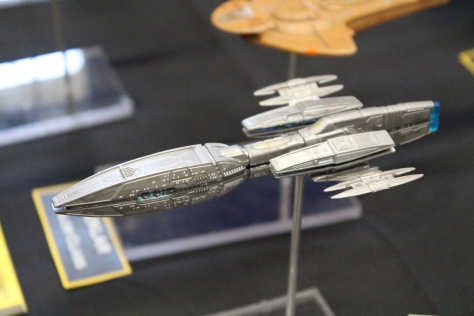 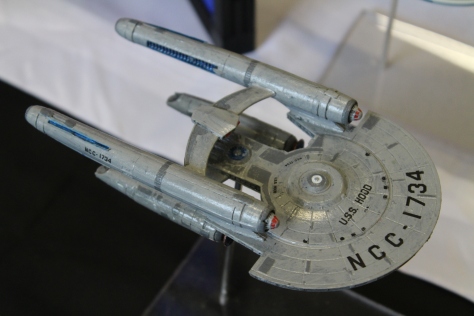 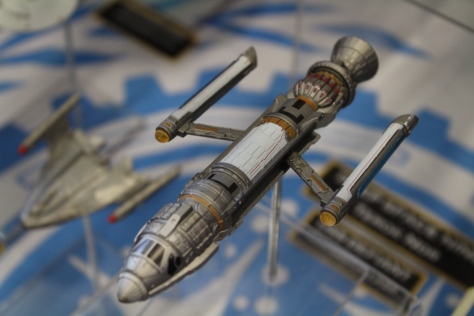